Thimbleweed Park is an old school point & click adventure game that pays homage to classic games developed by LucasArts and released around the turn of the 1990s, such as Maniac Mansion. Thimbleweed Park was developed by an independent team led by two industry veterans, Ron Gilbert and Gary Winnick.

The game is set in Timbleweed Park. It was once a thriving business district, but today it is definitely in its prime.Now it is not a particularly busy place, with a lot of disadvantages. Obviously, an adventure game that nods to the LucasArts classics doesn’t have to be dark. Humor creates bizarre yet supernatural events that fill the game world. The unusual character designs should also be mentioned here.

What also creates the atmosphere of the game are the five playable characters. At the very beginning, the player meets two detectives who are called upon to investigate the case of a corpse found in a river near the city.Dolores (the third character) gets acquainted with the will of her rich uncle. A clown named Ransom, who roams the ruined circus, suffering a curse that prevents him from getting rid of his makeup and clothes, is the fourth figure in the story. The last character’s name is Franklin – he wakes up on the 13th floor of the Edmund Hotel in Timbleweed Park and, to his surprise, discovers that he is actually dead. 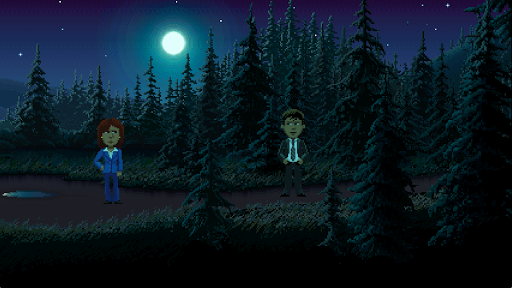 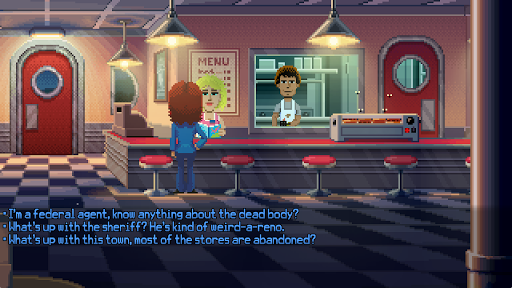 The player can switch between characters at any time. The game offers many endings, hundreds of locations for the player to visit, and two difficulty levels. Thanks to all this, Thimbleweed Park offers hours of gameplay.

Technical features of the project

What makes Thimbleweed Park for Android an old-school game is the pixelated 8-bit graphics and interface reminiscent of 1980s designs. The interface here is very similar to the SCUMM system, which was created during the work on Maniac Mansion and was used in many other games developed by LucasArts. 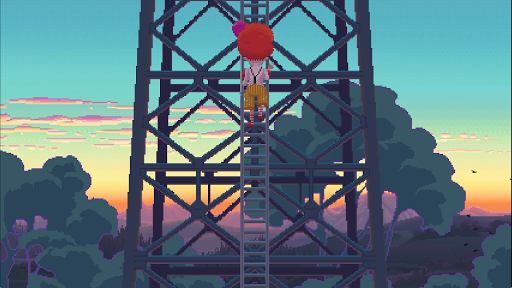 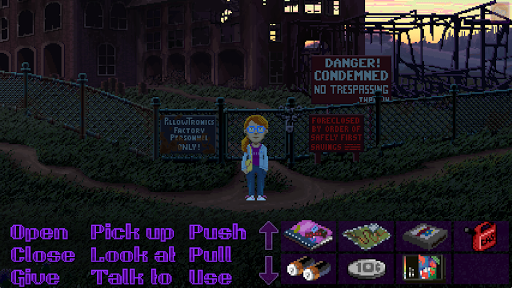