The game is currently available for free download on Google Play. In this article, we will also provide you with a modified APK file of this game. It will allow you to use unlimited play money, so you can unlock everything in the game for free.

The plot of the Talking Tom Candy Game

Tom recently opened a new store with a variety of chocolates for all tastes. But a bad set of circumstances will not allow Tom to become rich, his candy for sale has been stolen. Tom and his friends decided to chase the thief and try to get the candy back.

Talking Tom Candy Run game is similar to other endless runner games. Outfit7 previously released a similar game called Talking Tom Hero Dash, which became very successful, receiving millions of downloads from Google Play. In this game, instead of becoming a runner (as in Subway Surfer and Temple Run), you will become a hunter of candy thieves. Your task is to control cute characters and chase the thief to get the candy back. During the chase, the thief makes your candy randomly fall all over the place. Gamers need to move skillfully to collect as many sweets as possible. On the sides of the screen are two virtual keys corresponding to the jump and slide options. You can control the character to jump higher by double clicking on the jump button. Special items (boosters) appear randomly on the road. They will help you improve your ability to collect items and destroy obstacles. You shouldn’t ignore these bonuses because they will help you set new records.

In addition to collecting sweets, mysterious boxes will appear on the way. In which the reward will be diamonds, character cards or pets. Players can use up to two characters to participate in the chase. Alternatively, you can use diamonds to buy new boxes at different prices depending on the rarity of the items inside the box. Pets will help your character collect candy using special skills. In Talking Tom Candy Run, you will meet familiar characters from this series: Angela, Ben, Ginger … However, the characters will not be available from the very beginning. You need to unlock them with diamonds or complete a specific mission in the game. In this article, we provide you with Talking Tom Candy Run MOD that allows you to unlock all these characters at no cost.

The candies you collect on your travels will be used to decorate and upgrade Tom’s shop. You can open a new store when you complete the current store update. In addition, the game offers players many new stores to unlock for additional bonuses and benefits.

Talking Tom Candy Run has excellent 2D graphics. In the game, all the details are made in a beautiful cartoon style. In particular, the characters will exhibit fun activities such as eating candy and dancing. Moreover, the music in the game is fun, which contributes to the attractiveness of the gameplay. With 2D graphics, Talking Tom Candy Run can work seamlessly on most Android devices running 4.1 or higher.

Is it worth downloading Talking Tom for Candy?

Tom and the other characters in Talking Tom for Candy are familiar to many, which is typical of the developer Outfit7. Since the publisher often releases games with these characters. Children can join this game without parental supervision because of the good characteristics of the game and the excellent reputation of this developer. However, some items require players to use real money to pay. You can buy the items you like and support the developer. In addition, no one has canceled the advertisement and it can sometimes interfere with the gameplay. I understand this, the developer gives bonuses for viewing ads.

Everyone can download Talking Tom Candy Run MOD using the links below to use the game without ads and with an unlimited amount of game currency. 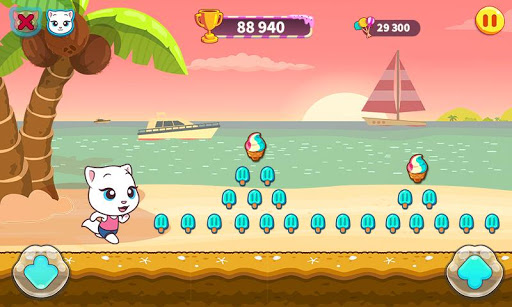 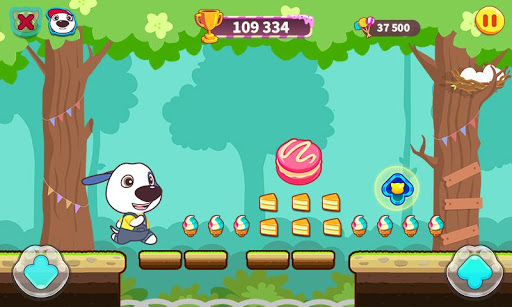 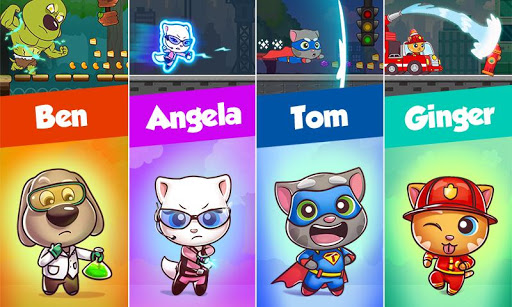 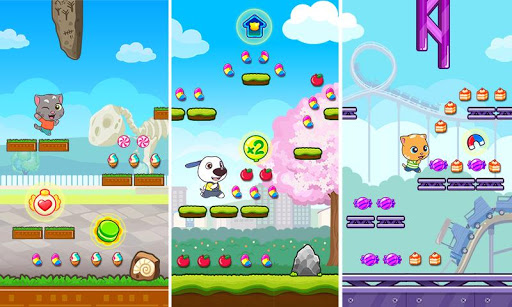 You are now ready to download Talking Tom Candy Run for free. Here are some notes: