Monument Valley, released for Android, is one of the best puzzle games in the history of mobile games.So, Monument Valley is a logic game with isometric projection and artistic minimalism of graphic design. The game was developed by ustwo, also known for making a game called Whale Trail.

The plot in Monument Valley has many mysteries and insinuations. We play as Ida, the silent princess. She travels through the Valley of Monuments, wanting to be forgiven for her action.Humanoid crows will stand in her way, harassing her for an unknown reason. 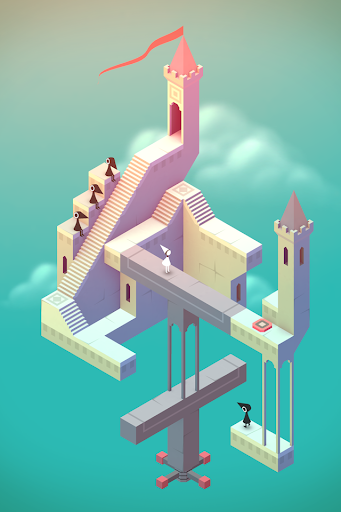 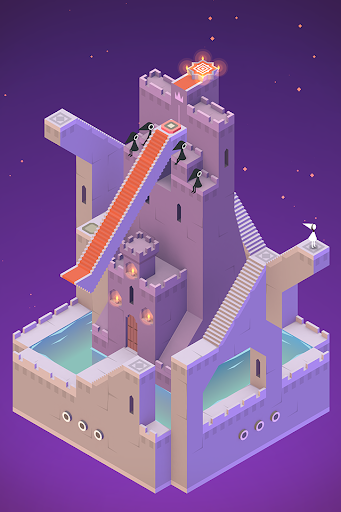 The gameplay is focused on moving Ida from the beginning to the end of the levels, which requires manipulating the environment. Thanks to isometric projection, the rotation and movement of different parts of the levels creates an optical illusion. For example, two blocks that do not actually touch each other may appear to be connected and may serve as a bridge. In addition, we must avoid the aforementioned humanoid people. Monument Valley has ten different levels with progressively increasing difficulty.

As mentioned above, the game features a minimalistic graphic design.The artists were inspired mainly by Japanese paintings and the works of the Dutch artist Moritz Cornellis Escher. The world is made up of architectural structures built using simple geometric shapes. But at the same time, it is full of colors and details that give it a lot of charm. Its beauty can be captured at any time thanks to the realized photo mode. The game also features an atmospheric soundtrack that changes dynamically along with manipulation of the environment.

It’s also worth mentioning that this is a premium game. Monument Valley isdevoid of any microtransactions. It costs 250 rubles, but you can save money. Below our review, you can download the toy to your tablet or smartphone for free. In our modification, all DLCs are unlocked and all levels are open.

If you liked this project, then we can still recommend you to play Limbo, as well as the second part of Monument Valley 2 . 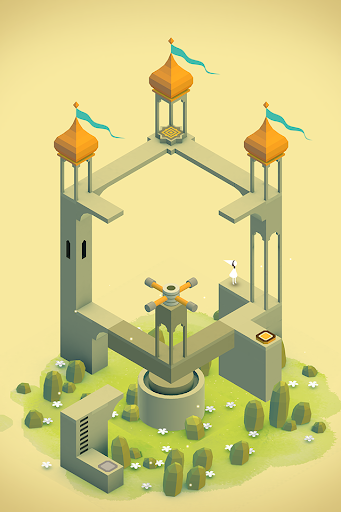 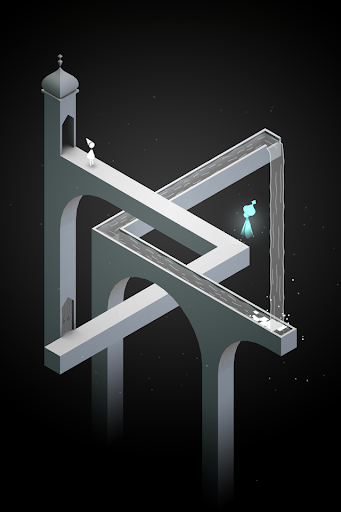