After the success of the first part of Superplus Games, the Finnish game developer decided to develop the series and continue to release the second part, Hills of Steel 2 . This version has been improved both in terms of graphics and gameplay.

Inheriting the gameplay from its predecessor, Hills of Steel 2 gives you endless battles. By participating in the game, you will be awarded a tank. You will use it to travel to the battlefield and destroy the opposing enemies.The bottom line is that battles take place in a 3v3 format, and not alone.Each time an opponent loses, the team is awarded one point. Until the allotted time expires, the system will calculate points to find a winner. 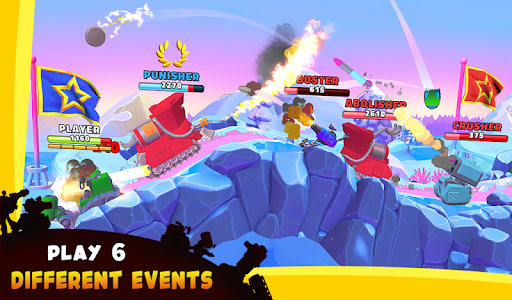 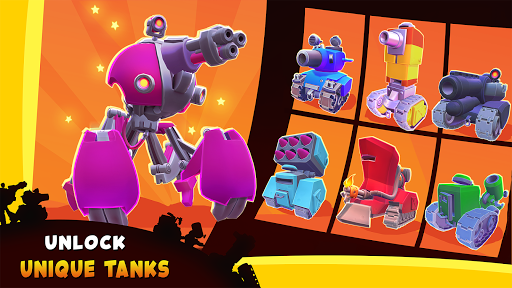 The controls in Hills of Steel 2 are still very simple. The functions of moving forward / backward, aiming and using special abilities have been removed on both sides of the screen. You just need to click to perform the corresponding action.

As we can see, Hills of Steel 2 is easy to play and easy to master. However, to win, the player must combine many factors, such as terrain, teammates, or tank abilities. All three factors influence the outcome of the battle. For example, the area. You don’t have to stand on a slope to shoot at the enemies below because you have nothing to defend with every time a counterattack occurs. Your teammates will also find it difficult to support you if you try to fight alone.

Tanks are the main feature of this game. There are many different models, each equipped with weapons and special abilities.

Joker is the default tank that the game gives you. However, it is quite maneuverable, so it can shoot at a higher speed than other tanks. The Stinger has an advanced missile system. It can fire up to 6 rockets in a single attack, dealing massive damage.But, in turn, Stinger’s special abilities are rather weak and take longer to recharge. Another model that I want to talk about is the Gatlin, which is equipped with a machine gun with high damage and high speed. Gatlin is rare, so it will take you more money and time to get it.

Dozens of other models with a special look are waiting for you. For example, Shift is an epic-class spider robot, or Scorpio, a legendary robot, has 3 times more health than a regular robot.

Moreover, you can also replace skins for your models. The skins are pretty nicely designed. They are just for beauty, they don’t add any extra bonuses.

Hills of Steel 2 – upgrade your tanks to become stronger

Management skills are an important part of tank shooting games like Hills of Steel 2 . However, you should take care of the power aspect so that your opponents do not gain an advantage.The game has integrated additional functions to increase their damage and combat abilities. Therefore, it is clear that one battle tank can fire different types of ammunition.

Models can be upgraded through the tank map. For example, for Joker you need 10 cards for level 2, 20 cards for level 3, etc. It is clear that these cards are similar to experience points. But cards are harder to get, because not all winnings come from cards.

In terms of equipment, each model can add up to three additional devices, including ammunition and weapons. At level 2, you can only add one item.When you reach 5th and 10th level, you can install the rest of the equipment 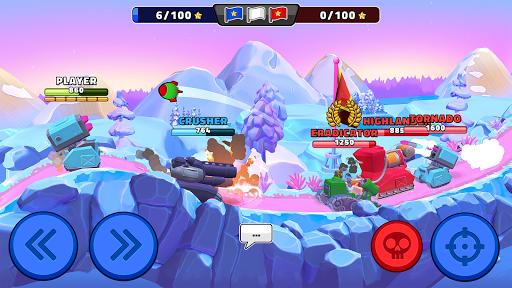 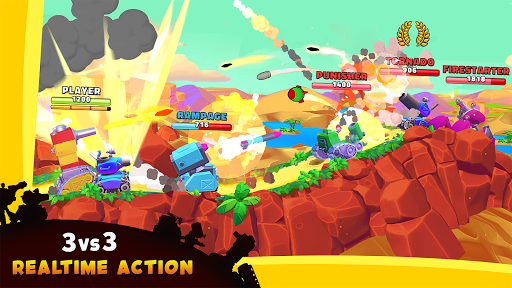