Frostborn Coop Survival is the latest survival game from Kefir! – the creator of the famous game Last Day On Earth. For those who don’t know, Last Day On Earth is one of the most popular mobile post-apocalyptic survival games for mobile devices (Android and iOS).We are confident that Frostborn will interest you at first sight. This game still builds an interesting gameplay with an ancient context, where people will have to fight strange creatures invading the earth. As with other games of the same genre, you must try your best to survive.

Unlike Last Day On Earth, Frostborn takes players back in time for a million years. Once a pandemic turned this land into a dead zone covered with magical creatures. The goddess Hel opened the gates of hell to send monsters to Ingard in order to take revenge on Odin, who locked her in Helheim. Monster attacks make people dead and most of them disappear.They had to adapt and gradually learn how to deal with these terrifying creatures. In Frostborn, you are aViking warrior whose task is to fight and destroy all the dangers to your land. However, you must first learn to survive.

Frostborn Coop Survival has all the typical features of a survival game. The developer has retained the fascinating gameplay elements from Last Day On Earth, which attracts millions of players around the world. First, you will need to customize your character. The game offers you many options for customizing your characters, such as skin color, hair style, face, clothing, and more. 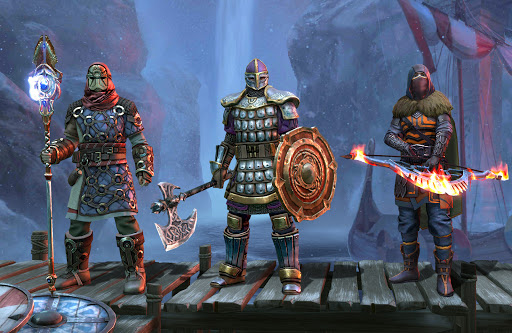 In this game, you should not rush into battle as soon as you start because you are too weak. Instead, you should move quickly and look for materials and weapons. Once you have enough materials, you will need to craft tools and weapons and then use them to exploit resources or fight monsters. In the upper right corner, a minimap is displayed, on which resources near you are marked. In addition, the map displays the dangers that may appear, so gamers should always use the map to avoid annoying mistakes.

Also, the first thing you need to do when you have enough material is to build a shelter. This is where you can store unused resources. It is also a place to stay safe at night. Your character is not a superhero who can take everything away, so you should keep unnecessary things in your chest at home and continue your journey.

The world in Frostborn is enormous.Each location has different types of monsters. In addition, sometimes you will encounter dangerous bosses.Fighting bosses is a risky way, because you can get killed and lose everything.However, if you can kill them, you can get some great rewards and some rare ingredients. Alternatively, you can invite your friends to fight the boss to increase your chances of winning.

When you are alone, the struggle for survival will not be easy. This is why you need to create an alliance in order to play with other players. This is really useful when hunting or fighting monsters. With this in mind, the developer has introduced a co-op mode to gamers that allows you to connect with 3 other players to create an alliance. Here are the benefits of co-op:

Frostborn’s graphics are vastly improved over Last Day On Earth. In addition, gamers will continue to control the character from a top-down view. The world in the game is very large with many different locations.They are well thought out and detailed.The controls in Frostborn are similar to other survival games. In which gamers will use the left navigation to control the character. In the opposite direction is a system of function keys that must perform actions such as attacking, picking up, changing weapons.However, some of the function keys will be locked until you reach a level high enough to unlock them. 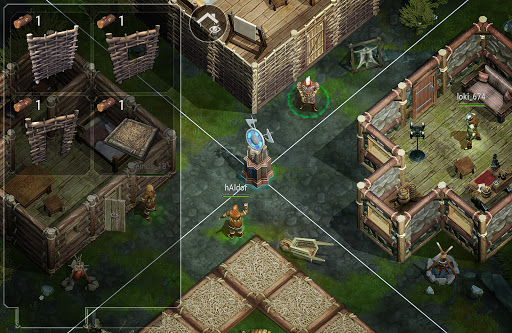 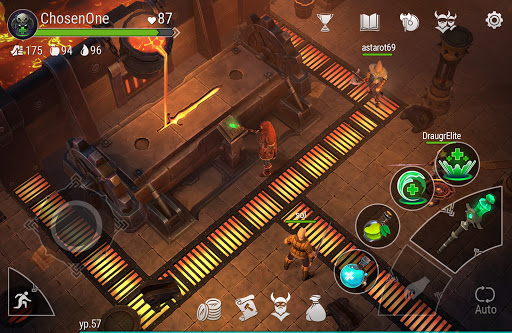