The popular computer game Don’t Starve has become available for smartphones as well. All the same mechanics and plot twists, familiar to the player, that many loved so much, were transferred to it.Survival has become even more exciting, because now you can immerse yourself in the world of magic and chemistry from anywhere, if you have a smartphone at hand.

The features of Don’t Starve Pocket Edition include new survival mechanics that were not copied from other similar projects, but were invented by the developers themselves. The player will have to collect various herbs and materials in order not only not to starve to death, but also to resort to magic to fight monsters and suppress stress in the dark.

The gameplay is based on several main points that play a key role in survival:

If we talk about the pros and cons of this game, then you need to build on the version for Windows, since the transfer was made from there and many users are interested in the already familiar game. It’s worth starting with the merits:

However, there were also some drawbacks:

In conclusion, it can be noted that Don’t Starve Pocket Edition remains the same atmospheric game, but its mobile port cannot be called successful, since the developers still have work to do. 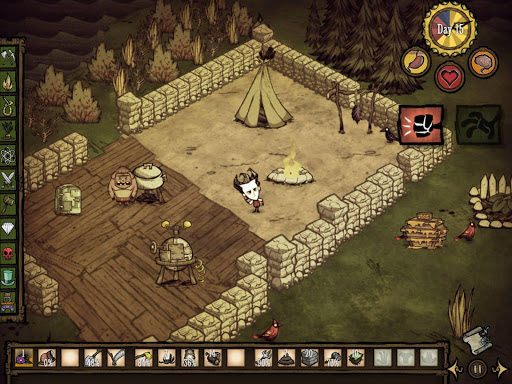 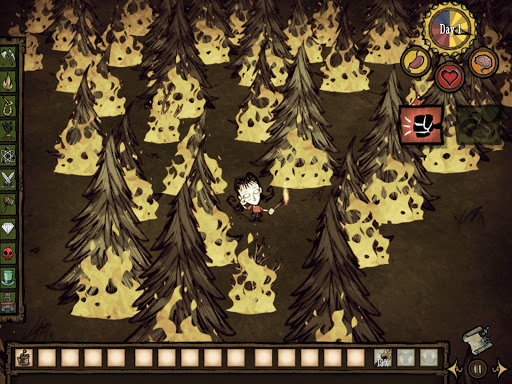 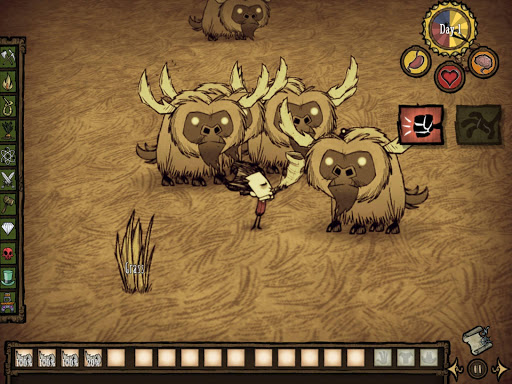 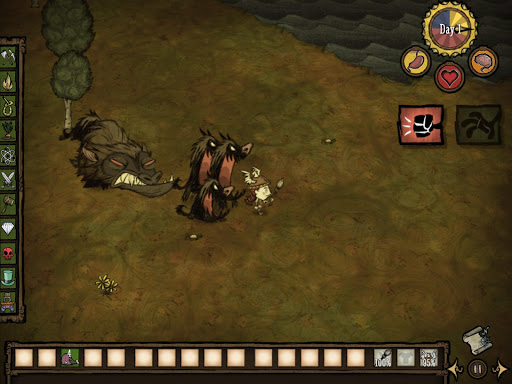 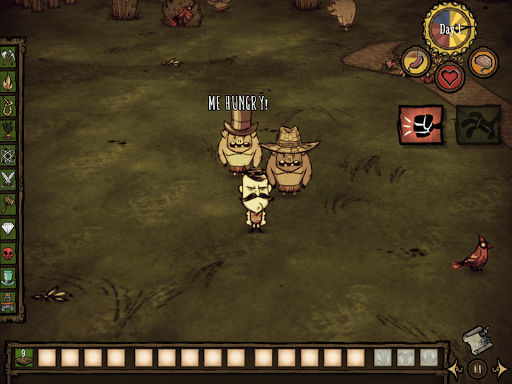 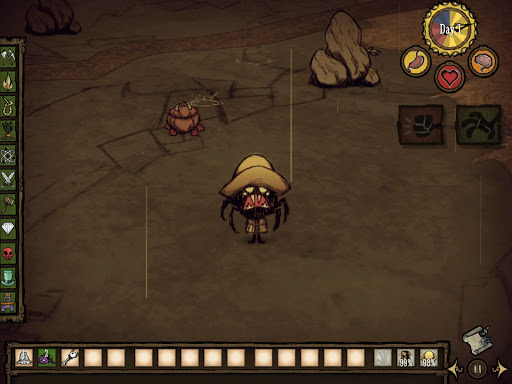 You are now ready to download Don't Starve: Pocket Edition for free. Here are some notes: