Android Android Communication
4.5 ( 514 ratings )
Price: $0
Install
Rate this post
Explore this article
WHY DO YOU NEED THE DO IT LATER APP?FIRST IMPRESSIONS OF THE INTERFACE AND USEADDITIONAL USEFUL FEATURES

The Do It Later app reminds me of a time when I used a weak phone. This phone is cheap and not as good as modern phones, but it has a very subtle feature: a timer to automatically send messages. Why is it not on smartphones? It doesn’t matter because now we have Do It Later, a timer app for sending messages.

WHY DO YOU NEED THE DO IT LATER APP?

Sometimes we need to send important messages at a certain time. To do this, we need a reminder or some kind of schedule. Also, we may be busy at this time. And it will be even more inconvenient if the number of messages sent is large. What should we do? You know, it would be so cool if you could set the send time for all messages and they would be sent automatically. You can save a lot of time and effort, right? And surprisingly, we now have a timer feature for automatically sending messages in the Do It Later app .

Just by downloading this one application, you will get a lot of work done, and not just as described above. Set a timer and the app will automatically send messages and emails, create a reminder, or even post a status on Facebook or Twitter. FIRST IMPRESSIONS OF THE INTERFACE AND USE

Do It Later is very lightweight, only about 10-12MB or so. But compared to the set of really useful features it brings, it’s quite impressive.

The first impression is, of course, the first thing that catches your eye is the interface. Every detail (text, colors, layout that keeps everything organized) in the app is designed in a minimalist style, just a few short words highlighted in neat font and color. The two main colors are black and white.

Next, take a close look at the features and how to use them. On first use, you will see three main status buttons for content (Pending, In Progress, and Canceled). To create content, click the (+) sign below this status bar. Content will be one of the 5 main features of the app, including: sending messages, sending emails, creating reminders, posting Facebook status, and tweeting on Twitter. Each of these Do It Later content will require an appropriate login and access method. For example, if you want to schedule an email to be sent , you need to access the email address you want to use. If you want to schedule a message, you must grant access to the phone book.

After completing these initial access steps, you can use the app right away. To set the timer, Do It Later will provide a calendar in the form of day, year, hour and minute, as well as hours, so you can freely customize it to your liking.

In addition, for the convenience of attentive users, the application has more detailed settings in the “Settings” section, such as end notification, alarm sound selection, changing the date and time format. In particular, in the “Advanced settings” section, you can intervene more deeply, such as “Backup”, “Restore”, “Stop all” or “Delete all existing content in the application”.

Additional useful features in the Do It Later app 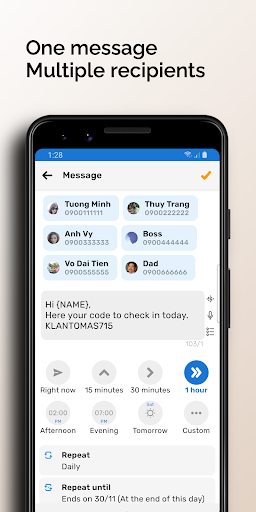 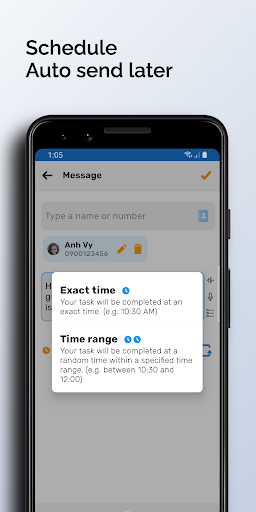 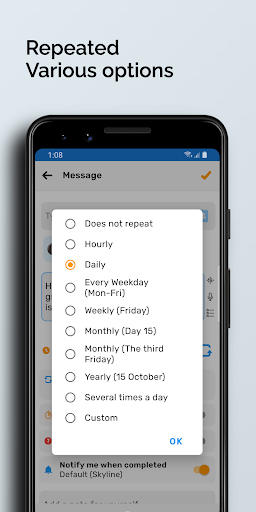 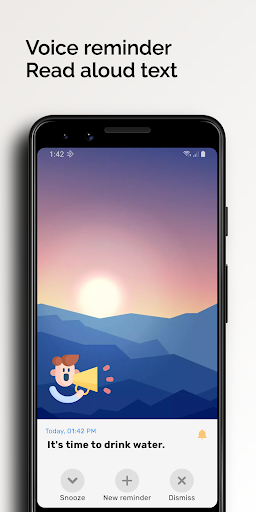 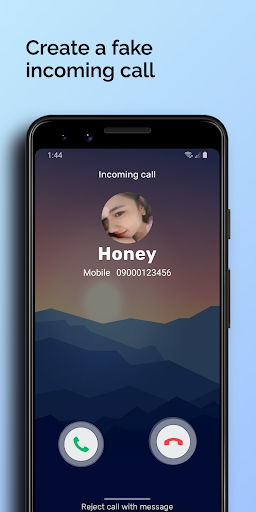 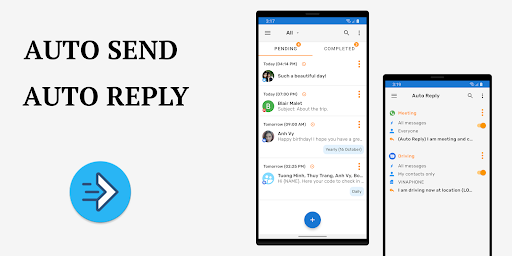