200 million people trust the programme, according to official statistics. It is a complete antivirus programme that also enhances background processes. Antivirus, call and SMS blocking, memory management, system cleaning, customisable lock screen, notification management, security against insecure Wi-Fi, and anti-theft tools that will help you locate your lost or stolen smartphone are just a few of the functions offered by the application. The majority of this functionality is offered without charge. At the very least, you’ll pay for it by watching advertising. However, this programme can quickly replace five applications with equivalent capabilities at once if you block your eyes to obtrusive banner ads. The main benefit of the programme is that it works. Many users really like how well this antivirus works, and many tests show that it can handle all kinds of malicious attacks well. It’s also important to note that the interface of the antivirus is so easy to use that even a user with no experience won’t get lost in the settings. Many people also think that the unique technology of the sandbox is a huge plus.

There are also some downsides. Because there are 5 engines, the programme sometimes marks a malicious threat even when it doesn’t exist. This is because one of the engines found a piece of software to be “doubtful.” But these errors don’t happen often enough to be a big deal, so if you want to find the best antivirus for Android, you should definitely download 360 Security safe for Android. After we install 360 Security, it will scan the device for unwanted files for a few minutes. By pressing one button, the discovered trash is deleted. The application’s straightforward user interface is divided into four parts that correspond to its four primary functions: antiviral, garbage cleaner, battery saver, and device speedup. The majority of them are quick and simple to use; for instance, tapping the Boost button releases RAM, Antivirus scans your tablet or smartphone for harmful software, and Cleanup deletes caches, empty folders, and unnecessary files. APK, etc A new generation of engines that speed up scanning and offer detailed verification are at the core of 360 Security. The program’s primary features include:

Through memory checks of downloaded APK files and installed apps, 360 Security secures your device in real time. Each program’s installation is overseen by an antivirus, effectively eliminating the potential of malware infection.

The application keeps track of how mobile traffic is being used, and the built-in firewall lets you limit Internet access. Additionally, 360 Security can block unwanted incoming calls and messages from spammers as well as find and fix phone vulnerabilities.

If you don’t want to make any trade-offs and want everything at once, you should download and install the hero of this review. But remember that you still have to pay for something that’s free by watching ads. 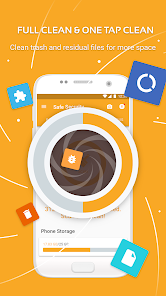 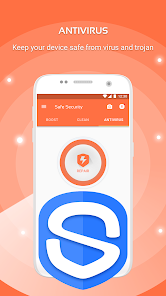 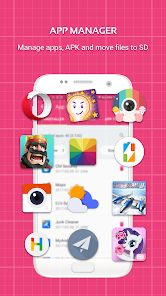 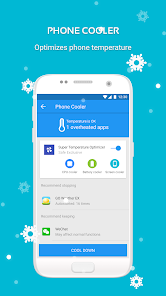 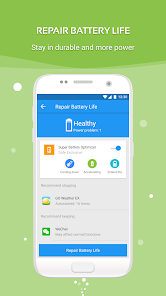 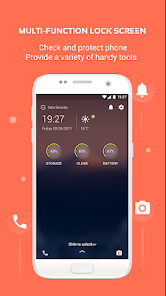